Boy oh boy, do I love a challenge when it comes to gaming. Whether it's finding unique ways to get things done in a game I've played several times, or just straight-up challenging myself with a tough game, it's always fun to sweat while gaming. The irony is, I can say that now while no longer playing the game, but when I'm in it...things can get pretty tough.
Right away, just looking at the game online before I even got into it myself, I could tell Sunblaze was going to be just that kind of game. Infuriating to play, but so much fun to think about after the fact. It instantly reminded me of Celeste, which just happened to be one of the games it was compared to when it was given to me by Bonus Stage.
Sunblaze has you following Josie, just a regular daughter of a superhero. Dad's retired now, but he still has his superhero training simulator, which Josie uses frequently in order to follow in dad's footsteps. Only, while she's in the simulator this time, it doesn't appear to want to let Josie out. With no other options before her, Josie has to press on through the simulator until she either completes everything it lays out for her, or her dad finds a way to get her out.
Josie herself has a pretty basic and somewhat limited move set. She can run at one speed, jump and perform a dash. She can also hang onto ledges and grab walls to slide down them, but unfortunately she can't perform wall jumps (this is a simulation, not a video game...). However, the simulation is prepared to throw hundreds (yes, this number is literal) of levels and challenges at you to insure you can use these few abilities to their maximum potential. 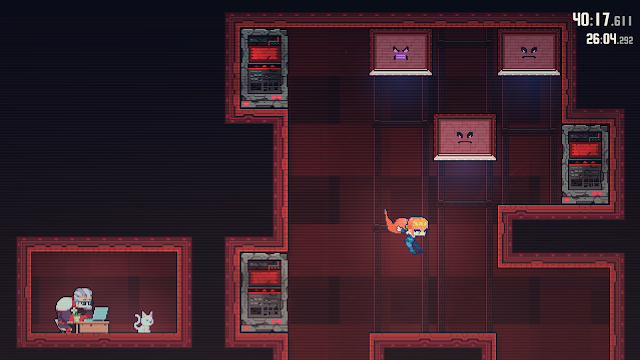 All those tough, hair-pulling levels are spread out over six different chapters, each with it's own sort of theme. They start off pretty basic, focusing on the fact that you're in the simulation. But, once you hit the point of the narrative where you become trapped, the simulation gets changed up on you and you'll find yourself in a mine with explosives, a colorful looking other world, and even a stone-walled temple. Well...projections of these areas at least, since you're still trapped inside.
Each chapter brings it's own types of challenges. You'll come across pieces of ground and wall that will fall a few seconds after you touch them, semi-sentient blocks that will soar across the room if you get in their path. These are only the objects that are meant to help you though. The gaps you'll need to cross will get bigger, spikes will start appearing literally everywhere, and it will definitely begin to feel like the simulation is against you.
Every single level is a single-screen puzzle. You'll start off in a corner and will need to work your way towards a data chip that signifies the end of the level and a transition into the next one. Some levels are a bit of a throw away to give you a bit of dialogue, either by your dad checking in on you or the simulations AI chatting with you as well. 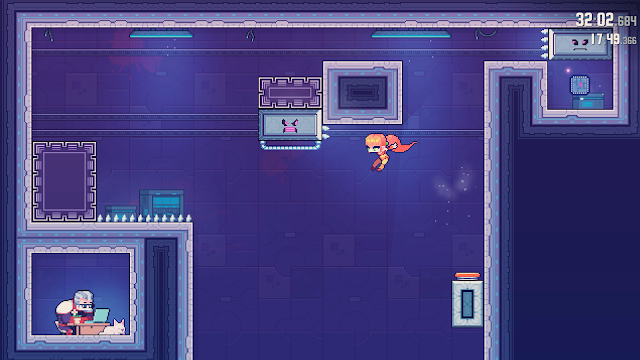 However, most levels will try and push you to your limits. Eventually you'll hit a point where you basically need to pretend that the floor is lava and make a series of perfect moves without touching the ground. At some points, even the ground you start off on will fall away as soon as you jump from it too. And when you hit a point where most, if not all, of a level is covered in spikes, there will be no such thing as a safe place to gather your thoughts.
One of my favorite things, but also at the same time least favorite things, was that some levels had more than one way they could be finished, while others were very specific in their solutions. And there was never really any consistency or pattern to this. So there were levels where I would try one thing, mess up and be able to save it (somehow) and finish the level. While others I would sit there for a couple of minutes and try to decipher the layout of everything on the screen.
I had an amazing time playing Sunblaze, and I can definitely see myself playing through it again and again. The game keeps a running tally of how many times you've died while playing. My number was...quite high between the games main chapters, the lost levels that unlock once you complete the main chapters, and the hard mode levels that I had attempted. What's great though is the game also saves your deaths by chapter, so you can restart a specific chapter and try to improve your survival rate.
If you are a fan of precision platformers, and more specifically if you played and enjoyed Celeste, this title belongs in your library. It plays so smooth and is a perfect challenge through and through. It is currently out on PC and the Switch. I experienced mine on the latter and I had no issues at all throughout the games hundreds of levels and my thousands of deaths. It's been out for a month now, so get in on this amazing game as early as you can. 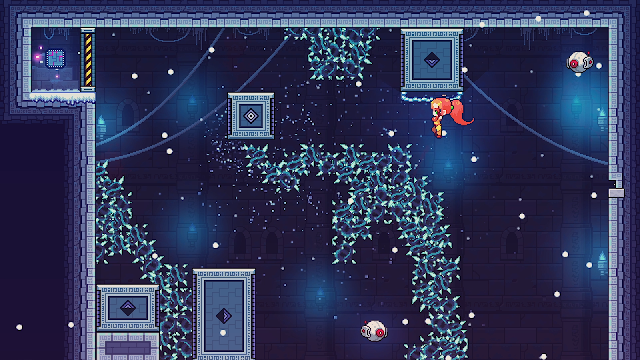 Pick up the game HERE on the Nintendo Switch eShop 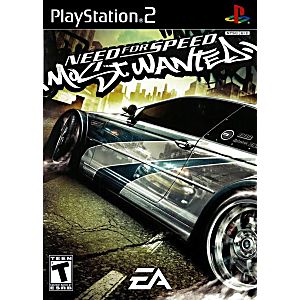 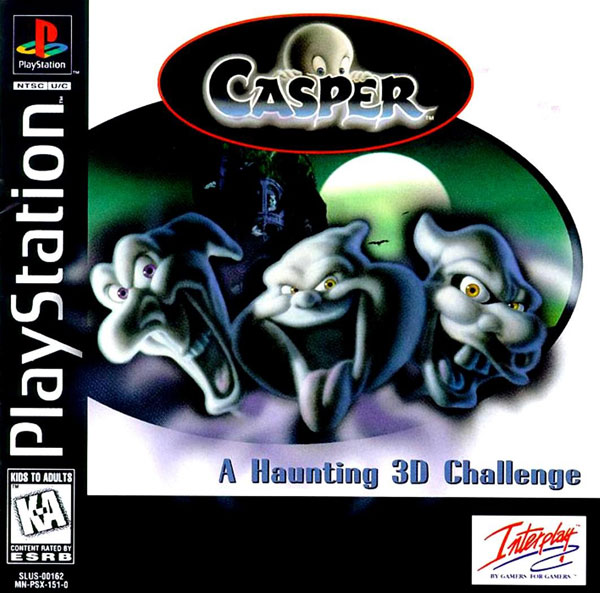